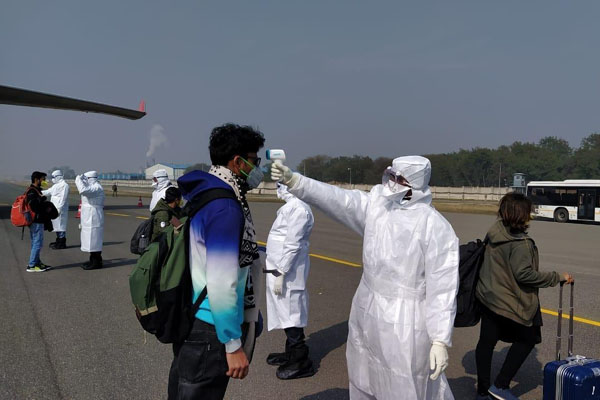 The Central government has officially given records of 3,746 foreign returnees staying in Andhra Pradesh. Many of them are not under the surveillance of the State government. CM Jagan has announced that there are nearly 28,000 foreign returnees in the state. Thanks to volunteers, all the information about the returnees is available. But still, there are concerns over untraceable foreign returnees in many parts. Especially, the missing of several returnees has alarmed the officials. A frantic search is launched but no immediate results there.

Meanwhile, Chandrababu Naidu has raised doubts on the claims of the government on tracing of returnees. A few days ago, the number of returnees was at around 15,000 but suddenly, the total has gone up to 28,000. On the other hand, the Centre is giving official details of 3,746 returnees.

As of now, only those returnees who got fever, cough and other symptoms, are reporting themselves to quarantine hospitals. Those not having such symptoms are not being kept under surveillance. Lots of unanswered questions on whether officials are placing required vigil on foreign returnees who are now potential carriers of the dreaded coronavirus.