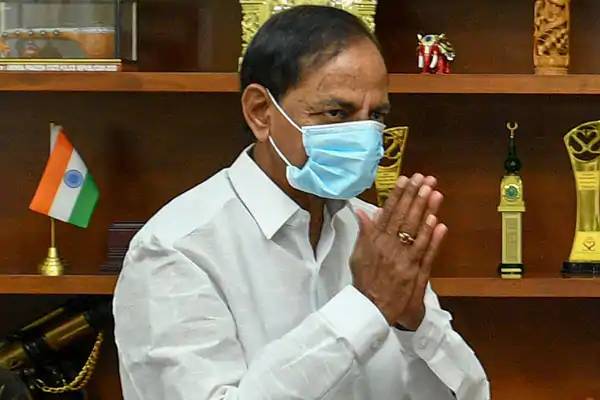 With the Centre rejecting Telangana’s demands over paddy procurement, Chief Minister K. Chandrasekhar Rao has called a meeting of the state Cabinet on Monday to decide future course of action.

The meeting to be held at Pragati Bhavan, the official residence of the Chief Minister, at 2 p.m., will discuss the paddy procurement issue and take a decision on the crops for ensuing Rabi season.

The meeting assumes significance in view of the Centre turning down the state’s demand to reveal the paddy procurement target for the entire period and also enhance the procurement during the ongoing Kharif season.

With the Centre ruling out procurement of parboiled rice during the Rabi season, the Cabinet will discuss the strategy to be adopted to persuade farmers on growing alternate crops.

After a meeting with Union Food and Public Distribution Minister Piyush Goyal on Friday night in Delhi, state Irrigation Minister S. Niranjan Reddy had said that the Centre gave no clarity on the quantity of paddy to be procured during Kharif.

Pointing out that the Food Corporation of India (FCI) had assured the state that 45 lakh tonnes of paddy will be procured, he said the Centre was now dodging the issue.

The state had been demanding the Centre to enhance the procurement. The state government is already under attack from the opposition over sluggish procurement of paddy from farmers.

The situation has also sparked protests by farmers at a few places in the state.

During the meeting with a delegation of state ministers led by Niranjan Reddy, Goyal also made it clear that the Centre will not procure parboiled rice from the state during Rabi.

Niranjan Reddy had termed the stand taken by the Centre unfortunate. He said they were returning disappointed from the national capital.

The Central minister also turned down the demand of the state government to fix procurement targets for the two crops during the entire year, saying this was not feasible.

The Chief Minister had last week led a dharna in Hyderabad to demand the Centre to lift the entire paddy produced in the state. He had also sent letters to Prime Minister Narendra Modi and Union Home Minister Amit Shah over the issue.

The Cabinet meeting is likely to discuss the crops to be cultivated during Rabi in view of the decision of the Centre not to buy parboiled rice from the state. The government will advise farmers to go for alternate crops.

The government’s earlier attempts to persuade farmers to grow alternate crops had triggered a row with state BJP chief Bandi Sanjay urging them to go ahead with paddy cultivation and assuring them that he will pressurise the government to procure the same.

The ruling TRS has taken strong exception to the BJP leader’s stand and brought this to the notice of Goyal.