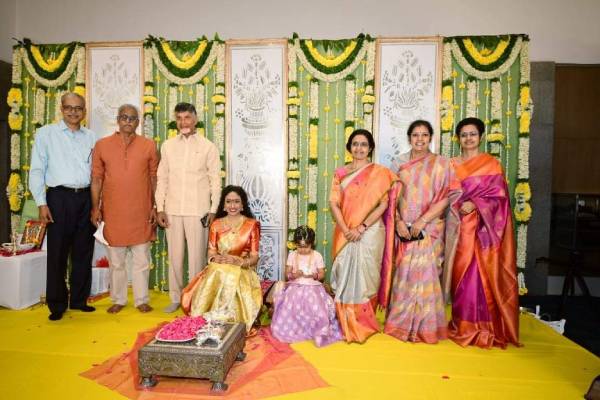 It was a rare star constellation of sorts. After a gap of several years, both TDP chief Chandrababu and Daggubati Venkateswara Rao had an occasion to bump into one another. Not only they ran into eacher, but even exchanged pleasantries and had a brief chat. In fact, both the leaders posed for a photograph after a gap of several years. This reunion in itself a news of sorts.

Both Chandrababu and Daggubati have fallen apart during 1999. Daggubati journeyed thourgh BJP, Congress and the YSRCP . In 2019, he contested on a YSRCP ticket and lost the elections. Purandeswari was in the Congress during 2009-2019 period. Later, she joined the BJP and lost in both 2014 and 2019 elections. In fact, both the sons-in-law were like the right and left shoulders of NTR. But, soon differences cropped up and they parted ways.

While Chandrababu took control of the party, Daggubati left the party after NTR’s death. They briefly came together in 1995, but soon they fell apart.