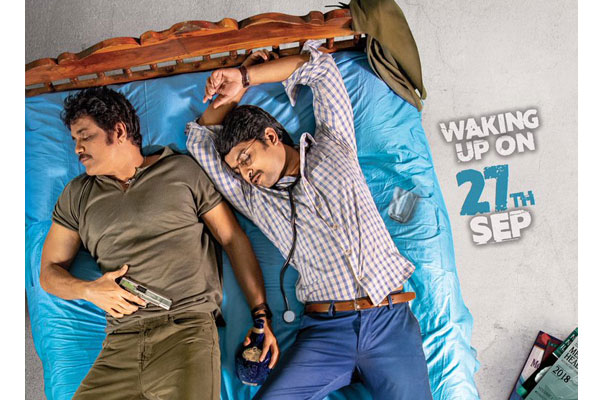 King Nagarjuna and Natural Star Nani are teaming up for a comic entertainer DevaDas which is in final stages of shoot. Sriram Aditya is the director and the makers released the first look poster of the film today. Nag and Nani have been spotted sharing the same bed after getting drunk. The poster reveals that the film would hit the screens on September 27th all over.

While Nag plays a mafia don, Nani plays a doctor in this comic entertainer. The first look poster of DevaDas has been thoroughly entertaining and Aakanksha Singh, Rashmika Mandanna are the female leads. Chalasani Ashwini Dutt is producing DevaDas on Vyjayanthi Movies banner and Manisharma is composing the music. Tollywood audience are eagerly waiting to see Nag and Nani together making huge noise on screen. 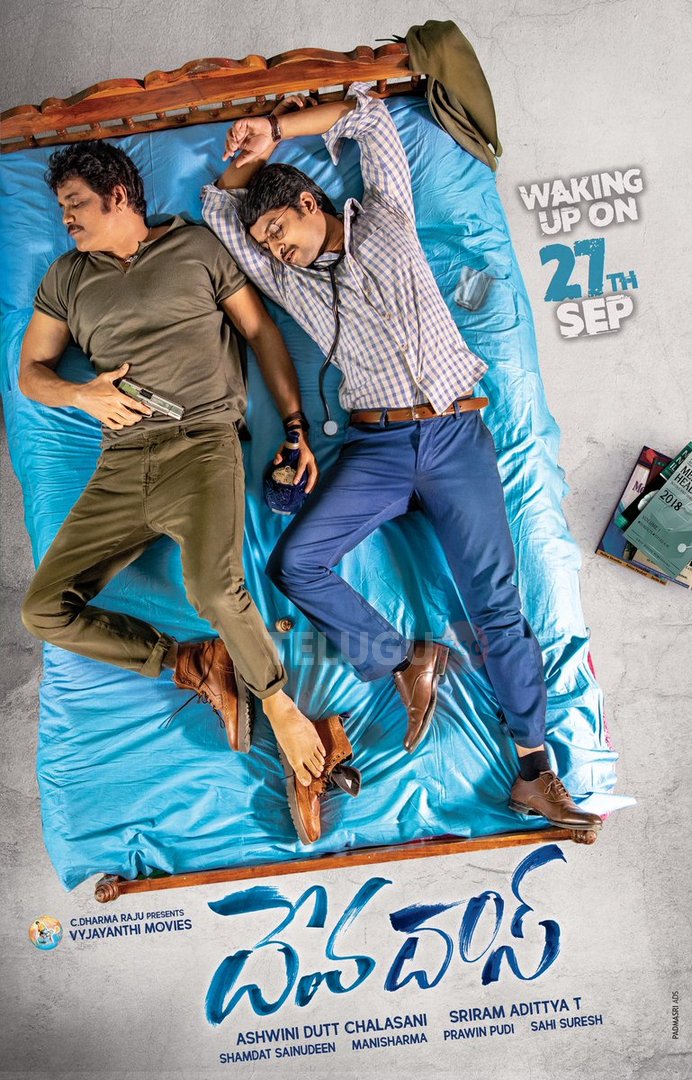