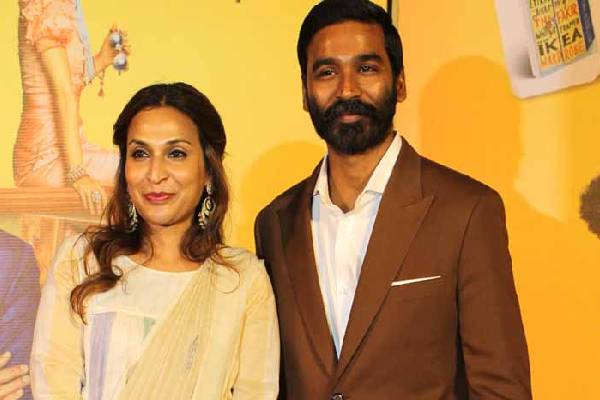 Dhanush and his wife Aishwaryaa announced that they are heading for a separation which left the film fraternity and their fans in shock. They decided to part ways 18 years after getting married. The duo is in Hyderabad and they are busy with their respective commitments. Their parents and well-wishers tried hard to convince them but Dhanush and Aishwaryaa took a call told the reports. As per the new reports, Dhanush and Aishwaryaa are keen to patch-up.

They are not officially divorced and the process is still pending in the court. For now, Dhanush and Aishwaryaa are staying together along with their kids Yatra and Linga. They have decided to stay together for some more years for their children as per the reports. They are also in plans to meet together frequently even after they get divorced. Earlier, Pawan Kalyan and Renu Desai met frequently for their kids even after getting divorced. The same will happen with Dhanush and Aishwaryaa. Dhanush is shooting for Sir in the direction of Venky Atluri. The film is aimed for August 2022 release in Telugu and Tamil languages.