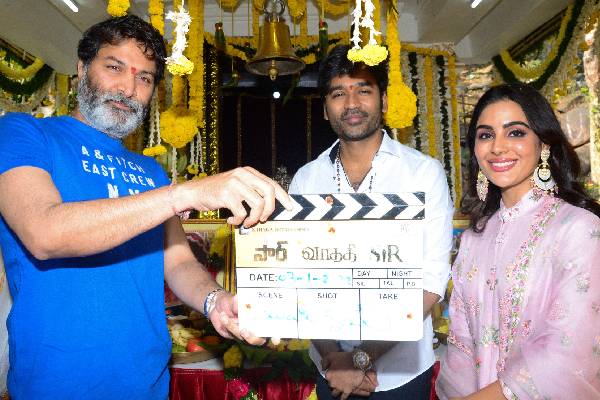 Tamil actor Dhanush has been keen to work on a straight Telugu film and the project got materialized finally. The film is a bilingual and is titled Sir. Venky Atluri will direct the film and the official launch of Sir took place today. Sir is the journey of a common man who takes on the education system in the country. The formal pooja ceremony took place today and Trivikram attended the launch as a special guest. Trivikram’s Fortune Four Cinemas in association with Sithara Entertainments will produce this film.

The regular shoot of Sir starts from January 5th in Hyderabad. Samyuktha is the leading lady and GV Prakash Kumar is composing the music and background score. Dhanush also signed a film in the direction of Sekhar Kammula and the young actor will shift his focus towards Telugu films in the coming months. He is also busy with a bunch of Tamil and Hindi projects which are in various stages.