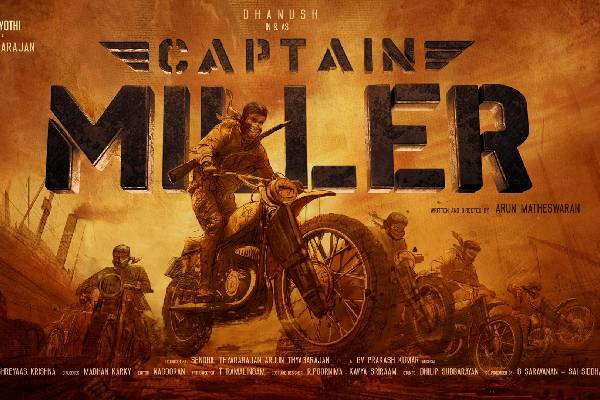 Hero Dhanush will be joining hands with director Arun Matheswaran for a period film story of which takes place in 1930s and 40s. Usually, period films are made on huge budgets. Likewise, this movie titled Captain Miller will also be mounted on a massive budget. This indeed will be highest budgeted movie for Dhanush.

The story is set in pre-Independence period and Dhanush will play a different character in the movie to be produced by T.G. Thyagarajan under the banner of Sathya Jyothi Films. The team spent nearly one year on pre-production works alone.

The announcement video introduces Dhanush as Captain Miller who is seen carrying a gun and riding a motorcycle. His face is covered with a mask. GV Prakash Kumar who is roped into score music has provided wonderful BGM for the video.