It has been a poor weekend at the domestic box-office with both the notable releases Saamy & Nannu Dochukundhuvate failing big time.

Saamy : After a Below Par Opening the film fell badly on Saturday & couldn’t show any growth on Sunday instead went down in some centres. It has collected an estimated distributor share of 2 crores in it’s opening weekend against the valued rights of 8 crores. DISASTER !

Nannu Dochukundhuvate : After a poor opening the film couldn’t show much growth on Saturday & Sunday even with better reports resulting it to be a big Disaster. It has collected a distributor share of 1 crores in it’s opening weekend against the valued rights of 5 crores. DISASTER !

Shailaja Reddy Alludu : The film has collected an estimated distributor share of more than 1.10 Cr in it’s second weekend taking 11 days total to over 15.70 Cr. Theatrical rights of the film are valued at 21 cr which means a recovery of approx 75 percent. Flop !

U-Tunn The film has collected an estimated distributor share of 50 lakhs in it’s second weekend taking cumulative total to 4.50 Crore against the valued theatricals of 7.50 Crores. With a mere recovery of 60 percent so far, the film isn’t going anywhere. DISASTER !

Geetha Govindam : The film in it’s sixth weekend has continued to feed some theatres. Cummulative share of the film has gone past 56 Crores. BLOCKBUSTER ! 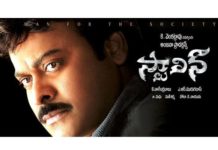