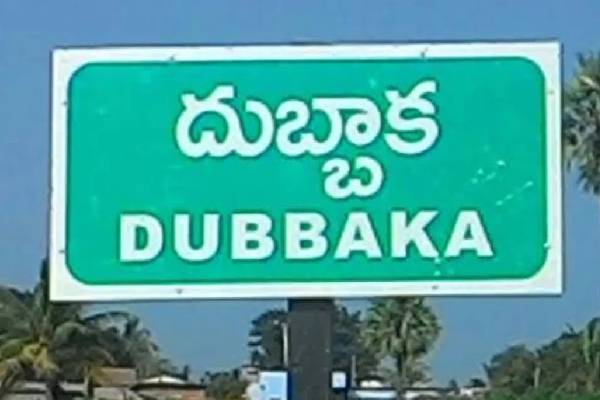 Till now, the BJP has been in third place in Telangana and in fourth or fifth place in Andhra Pradesh. In the latest Dubbaka byelection, electoral equations have changed dramatically. In the campaign stage itself, the BJP pushed the Congress aside and rose to the second position to challenge the rival TRS candidate. It was the BJP which has benefitted from the anti-incumbency sentiment against the KCR regime.

Now, political pundits say that if the BJP pulls off a surprise win in Dubbaka, that would be a devastating, mind-blowing shock to the ruling TRS. Even if the BJP loses, it is expected to come close to the TRS nominee in terms of vote share. The previous 50,000 majority of TRS is certain to come down significantly. In case of such an outcome also, the BJP would find it as a big boost since it could successfully crush the Congress attempts to regain its former strength.

Analysts say that any favourable turn in BJP’s fortunes in Dubbaka is going to make them more active to focus on their party strengthening the Telugu States. KCR’s out and out friendship with MIM chief Asaduddin Owaisi is polarising the Hindu votes in favour of the BJP at the cost of the Congress. If the BJP becomes stronger in Telangana, then it is just a matter of time to gain a foothold in AP. Already, the BJP has won over the Pawan Kalyan party. A rising BJP bodes ill for both Telugu CMs and also Chandrababu Naidu in the long run.