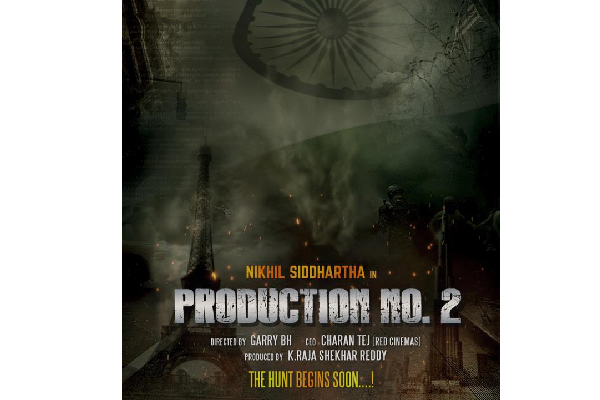 Talented hero Nikhil has worked with few debut directors and he is introducing another first timer with his 19th film. Pacy editor Garry BH of Evaru, Goodhachari and HIT fame will wield megaphone for the first time and the film is tipped to be a nationalistic spy thriller.

The makers have announced the movie officially with a poster that shows army person, Indian flag and foreign locations. Nikhil will be seen in an action-packed role as a spy in the film. K Raja Shekhar Reddy and CEO Charan will pool resources for the film which will start rolling soon.

Nikhil will next be seen in 18 Pages and he is presently doing Karthikeya 2.