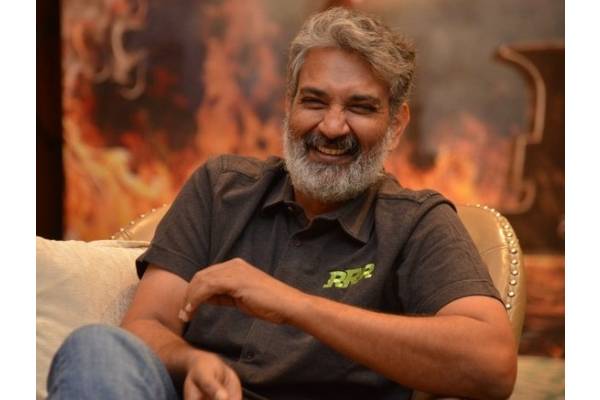 Two developments have caught my attention. One is the decision by the Multiplex Association of India (MAI) that, starting on August 1, all films should adhere to at least an eight-week gap between their theatrical and OTT releases. Presently, the gap between the two releases of a film is four weeks. If the industry, as in filmmakers as well as the exhibitors, think this will help film’s to perform better at the box office, it is debatable.

The other development that said a lot about the way the Hindi film industry functions and makes films, was the statement by S.S. Rajamouli, whose recent Telugu release, ‘RRR’, has proved to be among the biggest blockbusters in recent times. Its dubbed Hindi release has been a big hit too. Rajamouli pinned the decline of the Hindi industry on the failure of the Hindi filmmakers to make films for the masses.

The issue is, will delaying the OTT release create some miracle and help films run at cinemas? Will that prove Rajamouli wrong? Most of all, will it prove the masses, who refuse to turn up in hordes at the cinemas, wrong? And what makes the industry believe that people don’t come to the cinemas because they watch films on OTT!

The fact is, people don’t watch bad films, even on OTT. To confirm that, all one needs to do is check their preferences on social media. Bad films are not watched and, hence, not even discussed. People discuss what they watch, obviously.

If you go by Rajamouli’s observations, this has nothing to do with OTT. It is just that the films made nowadays don’t interest and, hence, attract people to the cinemas. If a film fails to draw crowds on Day One, the opening weekend or otherwise, you cannot blame it on OTT.

Whose decision is it to release a film on OTT eight weeks after its theatrical release, instead of the present gap of four weeks? If it is being advocated by the exhibition sector, they seem to forget that they were in such a desperate situation that during the Covid-19 tapering phase, cinemas in the West were even game to release films simultaneously with OTT platforms, or vice versa.

The purpose of OTT platforms is served if a film is released in cinemas and, as such, gets its promotion and public awareness. An eight-week gap is hardly of any relevance to them. And, finally, do the filmmakers want it that way? I don’t think so. They stopped making films that held their own for eight weeks at the cinema. Sooner it goes to an OTT platform, and a film gets committed to, sooner the encashment of the rights happens.

During the 1980s, when video piracy was a big menace for the box office, films still did very well in cinemas, celebrated jubilees. The reason was that the films had what the masses wanted. In fact, often, after watching a pirated video, people would want to watch it on the big screen. And, all this when the pirated video copies were released simultaneously with films hitting the big screens on a Friday.

The problem is not OTT, or that the people don’t come to the cinemas because they would rather wait it out for a month. Lately, most films are poor in content and do not have the ingredients that bring the audience to the cinema. Even the big-star films have been failing one after the other. They lose traction by the Monday after the weekend in which they are released.

Come to think of it, which recent film has continued to play in cinemas in its eighth week? Just one comes to mind, and that is ‘Bhool Bhulaiyaa 2’, which is still running at a few cinemas, though it was released on an OTT platform after a four-week run.

The way a film is released now, in hundreds of cinemas with multiple screenings per day, if it has to do well, it will show the indications from Day One and generate a few hundred crores within three to four weeks. All big films have proved that. The South dubbed films continue to do so even as Hindi films fall short.

The problem is that the big stars are all delivering one flop after another. But they continue to stick around, instead of taking a break, like a lot many other stars did before coming back to play varied and sometimes big roles. Amitabh Bachchan, Mithun Chakraborty, Jackie Shroff, Anil Kapoor, the late Rishi Kapoor — they all took a break when age went against their image.

When was the last hit from Shah Rukh Khan, Salman Khan or Akshay Kumar? Not one in the last few years at least and that is a long time. The recovery target for their films is extremely high. The difference between a hit and a flop is its recovery in relation to its outlay. And the films of these stars over the past few years have been falling far short of recovery.

Hindi historical dramas such as ‘Padmavat’, ‘Bajirao Mastani’, ‘Tanhaji: The Unsung Warrior’, ‘Samrat Prithviraj’ and ‘Panipat’ were all made on known historical figures, but could not create the required magic at the box office. Compared to these films, Rajamouli’s ‘RRR’ is based on the lives of local freedom fighters about whom we knew nothing in the Hindi belt. The film, however, ruled the box office here as well as in the South.

It is all about the complete package a maker presents — an idea with which the Hindi makers seem to have become estranged.

From what one gathers, if a film does not make its mark at the box office, not many people are keen to watch it on OTT either, even after four weeks. By the ninth week, it will be out of people’s memory. And so much else would have happened in the meanwhile. This way, both stand to lose: the cinemas and the OTT investor.

It is all about making good films. That alone will interest people. We can’t expect a film to do well just because it stars so and so and has cost a lot of money. If you are complaining about South Indian films doing well, collecting crores in the Hindi belt, it is because you have created a vacuum and somebody has to fill it.

The irony of it is that even you know South Indian films are good and that is why you choose to remake them, instead of working on original ideas on your own. The thing is, success does not come on a platter!

Coming back to Rajamouli’s observation that the Hindi industry has stopped making films for masses, let me point out that we don’t have masses coming to the cinemas anymore. Not with the exorbitant admission rates and certainly not since the single screens started vanishing one by one. The South has retained its mass base and, when their films come to Hindi belt in the dubbed version, they come with the endorsement of the masses of the South.

Does Rajamouli have the right to comment on the Hindi film industry? If a man who has been instrumental in making some of the biggest blockbusters in the South, he certainly qualifies to do so.