Picking up thrillers back to back, here comes Adivi Sesh with ‘Evaru’ after impressing with ‘Kshanam’ and ‘Goodachari’. He has once again opted for a thriller and the poster says it all.

Regina looks confused (say petrified too) as she stares into a broken piece of mirror, with Adivi Sesh right in front of her in the depth. And the caption of the movie, “All answers shall be questioned” is what raises more expectations about the movie. Giving a piece of hint through this poster that the film is all about a criminal investigation, already Adivi Sesh has set his audiences and a teaser will just add to it.

Except for the newcomer director Venkat Ramji, the whole of Kshanam movie team including music director Sricharan Pakala, dialogue writer Abburi Ravi, cinematographer Vamsi (for Kshanam he was associate) and producer PVP remain the same. And that sets a big expectation on the movie.

Apart from Adivi Sesh who plays corrupt cop Vikram Vasudev, both Regina Cassandra and Naveen Chandra, need a super hit in the form of this film. Hope they do on August 23rd, when the film releases. 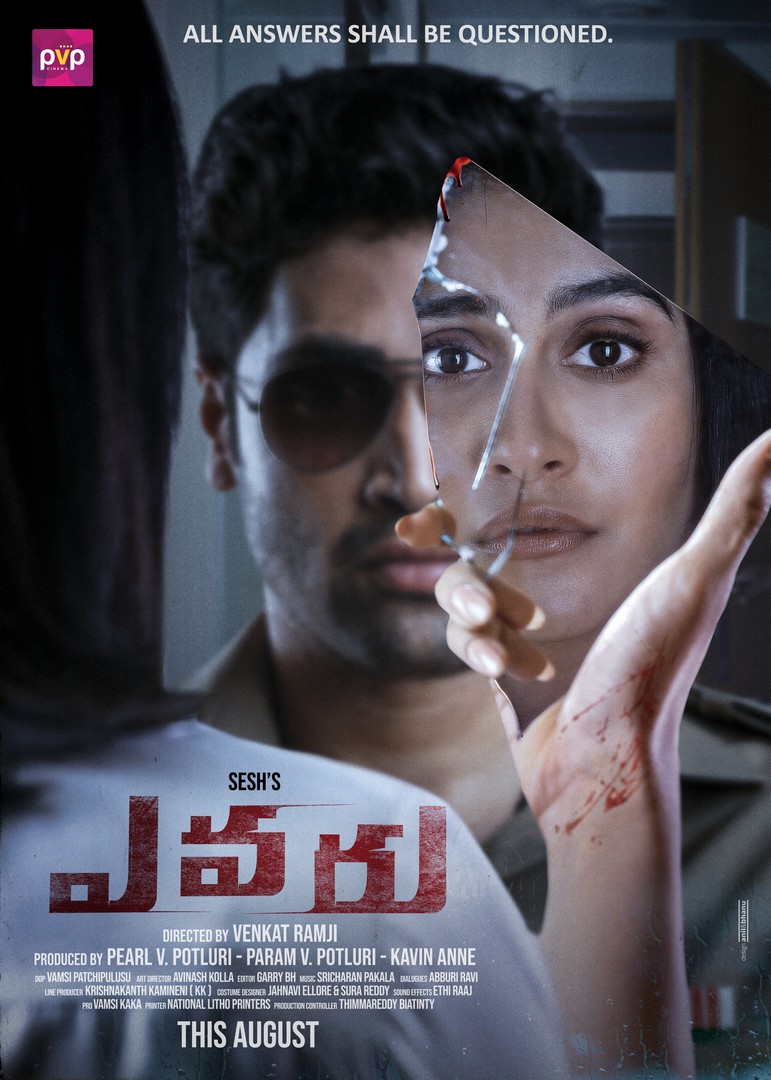