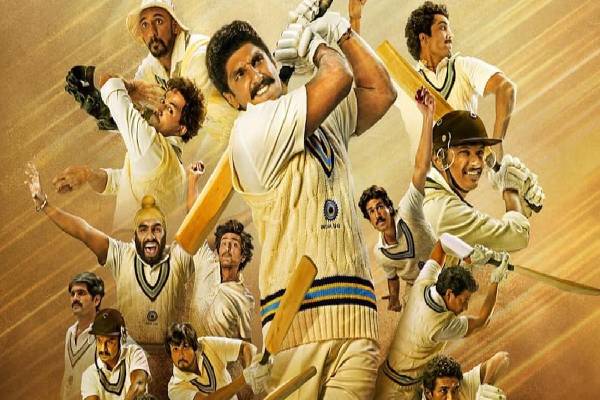 83 is the film that is inspired by the cricket legend Kapil Dev. Kabir Khan is the director and Ranveer Singh reprised the role of Kapil Dev and 83 is all about how Team India bagged the World Cup in 1983. The film is hitting the screens this Friday and it was screened last night for celebrities and media. The response from the special premieres is just fantabulous. Bollywood media took this opportunity to appreciate the makers and the actors of 83. The film’s trailer caught everyone’s attention after the trailer was released. The trailer revealed that 83 is a perfect mix of the sport along with a hard-hitting emotional drama.

The film is heading for release in all the South Indian languages apart from Hindi. Reliance Entertainment, the producers of 83 is said to have paid Rs 15 crores for the winning team to share their stories. Indian cricket legend Kapil Dev was paid Rs 5 crores alone. The film is made on a budget of Rs 125 crores and it has Ranveer Singh, Deepika Padukone, Pankaj Tripathi, Tahir Raj Bhasin, Jeeva in the lead roles.