Switch to: తెలుగు
Home Politics Fire breaks out at HPCL refinery in Vizag 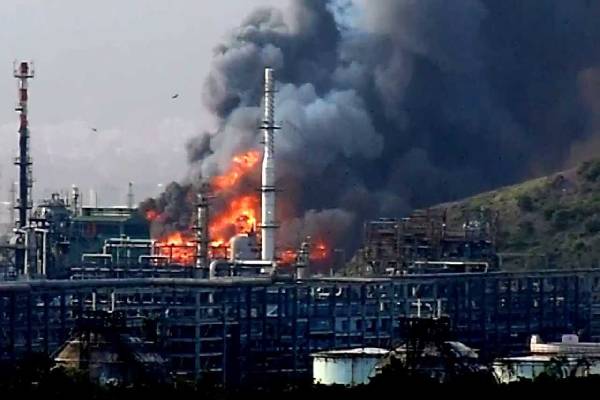 Panic ensued after a fire broke out at the refinery of Hindustan Petroleum Corporation Limited (HPCL) here on Tuesday. Dense plumes of smoke and flames were seen rising from the refinery.

On getting news about the incident, the police rushed to the spot and evacuated the people from there. According to sources, the fire broke out at the newly-constructed block in the HPCL premises. Fire tenders have been rushed to the spot.