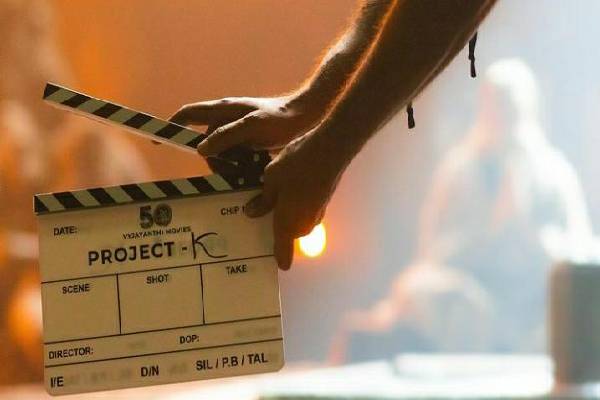 The 21st film of Prabhas got its official launch today with a pooja ceremony and it was followed by the shoot. Nag Ashwin is the director and the top actor clapped for the first shot which was canned on Big B Amitabh Bachchan. Prabhas shared the picture of the clap with a beautiful note that said “On this #GuruPurnima, it is an honor for me to Clap for the Guru of Indian cinema!… it now begins!! #ProjectK”. The untitled film is called as Project K for now. The first schedule will be shot completely with Amitabh Bachchan and it will last for a week.

Prabhas and the leading lady Deepika Padukone will join the sets at a later date. Nag Ashwin took two years to work on the script and the film is told to be made on a huge budget which is not disclosed. Vyjayanthi Movies are the producers and Mickey J Meyer is the music director. The film is aimed for 2023 release in all the Indian and selected international languages.