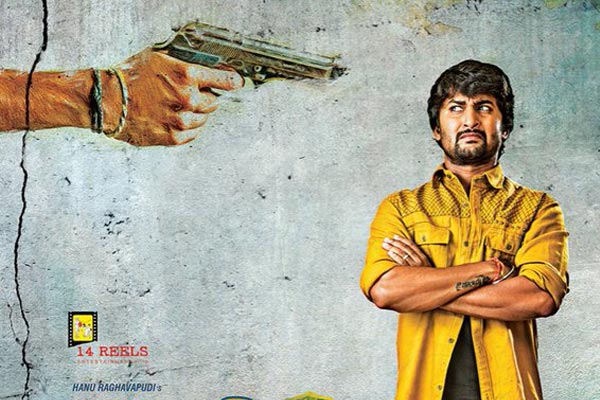 Telugu360 already reported that the makers of Nani’s next are planning to name the film as Krishna Gadi Veera Prema Gadha. Today evening they have officially announced the title and the first look poster was unveiled through the social media. Going by the poster, it looks like Nani’s character will have two different shades in the film.

Hanu Raghavapudi of Andhala Rakshashi fame is the director for the film and the shooting is on the verge of completion. Mumbai model Meherene Pirzada plays Nani’s love interest in the film. The plot of the story is set against the backdrop of Ananthapur and Nani will be seen as a hard core Balakrishna fan in the film. Anil Sunkara is producing the film on 14 Reels Entertainment banner.

The audio launch and movie release dates will be announced very soon.