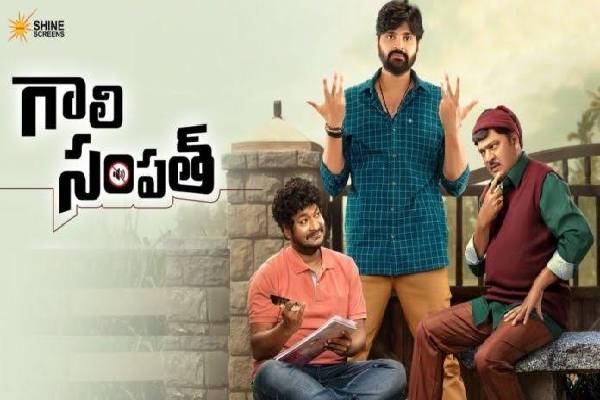 Successful director Anil Ravipudi backed a small film titled Gaali Sampath. Rajendra Prasad and Sree Vishnu played the lead roles in this emotional film. Gaali Sampath competed with Jathi Ratnalu and Sreekaram which released on Thursday. Leaving everyone in deep shock, the film failed to witness minimum footfalls after the release. The film was removed from several theatres across the Telugu states after a pathetic first-day run. The film even failed to recover the digital charges invested ignore the amount paid by the distributors.

Anil Ravipudi penned the screenplay, dialogues and supervised the direction for Gaali Sampath. But the audience did not show any kind of interest to watch the film. None of the recent releases witnessed such lowest footfalls. The response for the film too has been below average. Gaali Sampath was replaced with some of the recent releases in theatres. Jathi Ratnalu has been declared as a blockbuster and Sharwanand’s Sreekaram is having a decent box-office run currently.