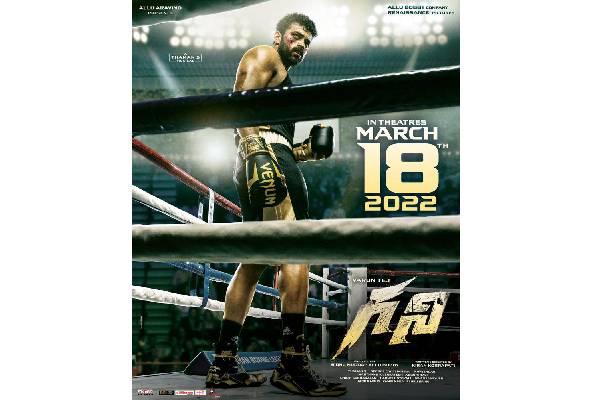 Varun Tej’s much anticipated sports film Ghani is all set for a grand theatrical release on March 18, 2022, its makers announced today.

The film has already created hype thanks to its promotional materials which featured Varun Tej in an all-new fully toned look. The actor plays a boxer in the movie.

Ghani is written and directed by Kiran Korrapati and produced by Sidhu Mudda and Allu Bobby on Renaissance Pictures and Allu Bobby Company banners. The film is presented by Allu Aravind.