Switch to: తెలుగు
Home General GoI to sort out TS and AP differences in two months 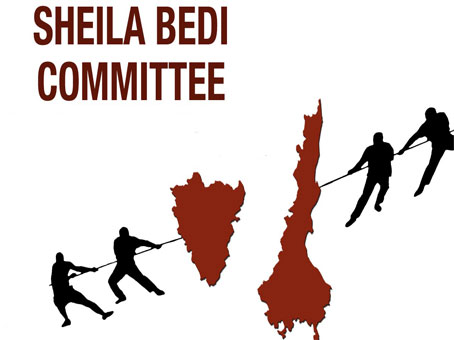 At last, after 18 months, the Centre has appointed a sub-committee that is to meet on November 26, to submit a report on resolving the differences between AP and Telangana.

Hyderabad: After 18 months of the bifurcation of united Andhra Pradesh, the Centre has come forward to resolve the disputes between the two successor states of Andhra Pradesh and Telangana. The Dispute’s Resolution Committee formed under the Andhra Pradesh State Re-organisation Act has formed a sub-committee to look into the pending disputes between the two successor states in regard to about 150 institutions and public sector entities listed under Schedule 9 and 10 of the Act.

Though a central government appointed Sheila Bedi Committee has been trying to complete the task of division of those entities listed under Schedule 9 and 10, it has hit a road block, as both the states have differences over certain issues.

Taking serious note of all this, the Centre has appointed a sub-committee headed by Union Home Ministry’s Joint Secretary Alok Kumar, and asked to submit a report within two months. Secretaries of Re-organisation Process from Telangana and Andhra Pradesh, Resident Commissioner of both the states and senior officials from both sides will be the members of the newly formed sub-committee.

The committee is to meet on November 26 at Hyderabad to chalk out an agenda and to work on the same resolving the pending issues within two months time.