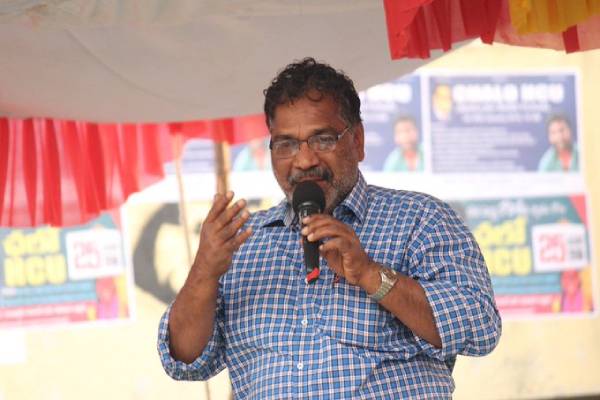 After months of delay, the ruling TRS government has finalised the list of three nominated Members of the Legislative Council (MLC) from the Governor’s quota.

At the Cabinet meeting chaired by Chief Minister K Chandrasekhar Rao, the ministers cleared the names of the three MLC candidates under the Govenor quota. The three MLC candidates include, Goreti Venkanna, Basavaraju Saraiah and Dayanand Gupta. Goreti Venkanna is a popular lyricist and folk singer known for his ‘Palle Kanneru Peduthundo” song in Kubusam movie, and a diehard Leftist much like balladeer Gaddar. The KCR government had earlier conferred the Kaloji Puraskaram on Goreti Venkanna. A three-time MLA, Basavaraju Saraiah served as BC welfare minister between 2009 and 2014 in the then Congress government in united Andhra Pradesh.

The Telangana Chief Minister is planning to fill the three MLC posts before the next Assembly session begins. With the Cabinet approval, the three names will be forwarded to Governor Dr Tamilsai Soundarajan.