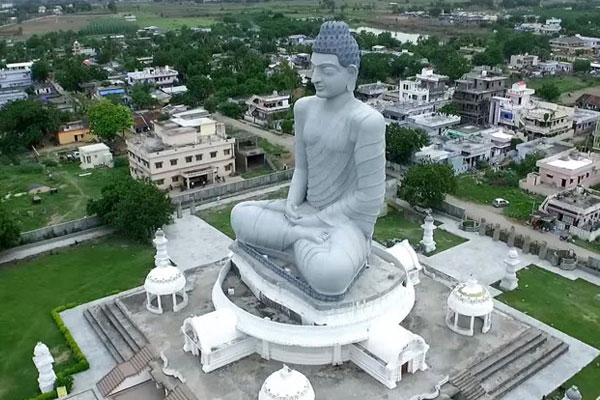 The Jagan government has received setback yet again in the Andhra Pradesh High Court. The HC on Friday directed the State government to maintain status quo for another 13 days on the shifting of government offices from Amaravati.

The court asked the Andhra Pradesh government to maintain status quo on shifting of the capital from Amaravati to Vizag till August 27. This is the second time that the HC directed the government to maintian a status quo on Amaravati.
Earlier, dealing with a petition filed by Rajadhani Rythu Parirakshana Samithi, a committee of farmers to protect the capital, the High Court had stayed the notifications issued by the State government on the formation of three capitals for the State till August 14.

The Rajadhani Rythu Parirakshana Samithi had filed the petition after Governor Biswabhushan Harichandan gave his assent to two capital city related Bills. The State government had already issued notices relating to abolition of the Capital Region Development Authority and on the formation of three capitals for the State with the executive capital planned at the port city of Visakhapatnam, judicial capital at Kurnool and legislative capital at Amaravati.

A division bench comprising Justice Rakesh Kumar, Justice Akula Venkata Seshasai, and Justice M Satyanarayana Murthy directed the government to file a counter to the petitions by August 14. The case came up for hearing on Friday.
Presenting arguments on behalf of Rythu Parirakshana Samithi and five other petitioners, Supreme Court advocate Shyam Divan contended that the petitioners along with many farmers had given up their land for the construction of a world class capital city. They did so curbing the natural attachment that farmers have for land.