Only after a lot of pressure, the Jaganmohan Reddy Government postponed the Intermediate exams at the last minute. But it did not make any changes in the schedule given for the 10th class exams. Hence, the arguments continued on this aspect in the High Court of Andhra Pradesh. The Government advocate told the court that there would be no change in 10th exams since there was a long gap and these exams would be held from June 7 in AP.

The Government, however, assured to change the exam schedule if the Coronavirus cases increased further in the State during the meantime. The court pointed out that already, there were the virus forecasts and experts’ warnings about the rising infections in the next one to two months.

Even then, the Government pleader has said that no decision has been taken on 10th class exams since there is over a month’s time for them to begin. Anything may happen in this gap. Any decision would be taken by reviewing the virus situation a few days prior to the June 7 exams. Then, the High Court postponed the hearing for June 2 and asked the Government to submit its observations on the Covid situation and its policy on 10th exams on that day. The NEET exams were postponed for three months. Most Central exams were being postponed for two to three months. It looks difficult to hold AP 10th exams as per present schedule. 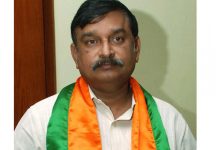 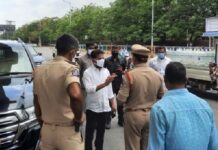