What has BJP’s growth in Telangana got to do with Olympian medallists Meera Bai Chanu and PV Sindhu? Believe it or not, this was the topic of heated debate in the Telangana BJP core committee meeting on Saturday. Interestingly, BJP national organising secretary BL Santhosh himself broached this subject. He was in the city on Saturday and held a series of reviw meeting with the core committee members and the executive committees of various affiliated organisations.

He is said to have expressed his displeasure over the party leaders not utilising the services of those below 25 years of age.”Why are not involving them in the party work?” he reportedly asked. He said that these people are going to become crucial in the 2024 elections and added that efforts should be made to rope them in the party work. Special programmes should be organised to involve them, he said. He said that congratulatory posters to PV Sindhu and Meerabai Chanu would go a long way in bringing the youth closer to the BJP.

He is also said to have expressed unhappiness at the Mahila Morcha leaders doing nothing to condemn the rape and abuse of women. “one or two leaders going t the victim and consoling her is not enough. Why did you not take up state-wide protests? Why were not every woman leader involved in the protests?” he reportedly asked. He is said to have asked the BJP leaders to go to the rural areas and work among the people. “What is the use of staying in Hyderabad? The party has to grow in the rural areas,” he said. 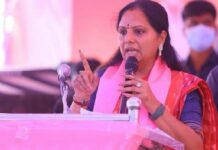