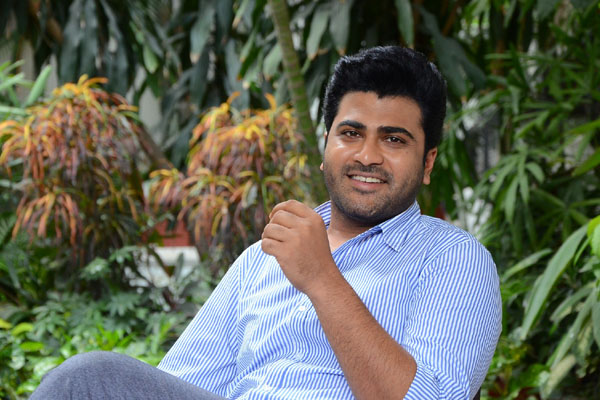 Sharwanand’s wholesome family entertainer Sreekaram directed by Kishor B will be hitting the screens on March 11th for Maha Shivaratri. On the occasion of Sharwanand’s birthday, a press meet is conducted in Hyderabad that was attended by the core team.

Sharwanand said, “As said by Sai Madhav Butrra, it’s my responsibility to do films like Sreekaram. We rarely get such stories. Before doing this film, I didn’t know much about farming. I emotionally connected with the story and the film. We definitely made a wonderful film. I feel proud to do the film.”

Sharwa says he got call from his close friend Ram Charan after the release of trailer. “I got first call from my dear friend Charan, after the release of Sreekaram. He loved the trailer so much so that, he asked me whether he can do anything for the film. Then, we cut a five minute video to Chiranjeevi gaaru and he immediately told us to attend Sreekaram pre-release function on 8th in Khammam. KTR garu too accepted to grace another event on 9th in Hyderabad. We are truly happy that youth inspiring leaders like Chiranjeevi and KTR are coming forward to support our film.”