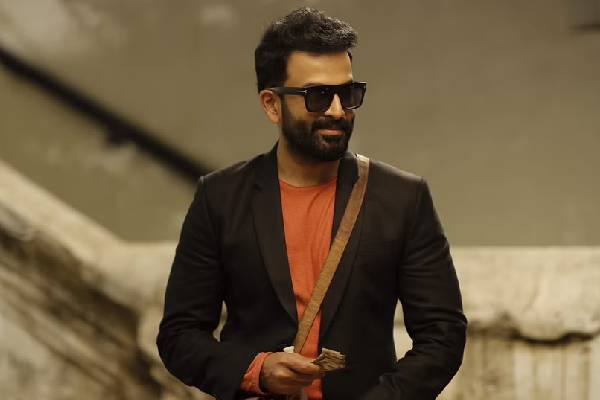 Prithviraj Sukumaran, a Malayalam celebrity who is now promoting his next bilingual film ‘Kaduva’, was recently spotted engaging with the media in Hyderabad.

Prithviraj Sukumaran made references to his prospective endeavours while talking about movies and other areas of his interests.

While interacting with the media in Hyderabad, Prithviraj made some amazing revelations about a few other topics and indicated his desire to direct a Telugu film soon in addition to the numerous offers he is currently considering.

On making his Telugu debut, he said, “I’ve already been given a film by a few of top Tollywood producers, and I’m glad and delighted about it. I might soon direct a Telugu movie in addition to acting”.

Due to his fantastic films, including his directorial debut, ‘Lucifer’, and his most recent acting endeavor, ‘Jana Gana Mana’, Prithviraj Sukumaran also has a sizable fan base in Tollywood. They helped him connect with the Telugu audience, and now he wants his future movie, ‘Kaduva,’ to have a direct dubbed release.

Prithviraj Sukumaran is considered for a significant role in Prabhas’ most-hyped movie ‘Salaar’. Prabhas’ dates and his schedule are currently a little hazy, according to Prithviraj, but he would never want to pass up the opportunity to work with a star like Prabhas and is waiting for director Prashanth Neel to come up with a solution.