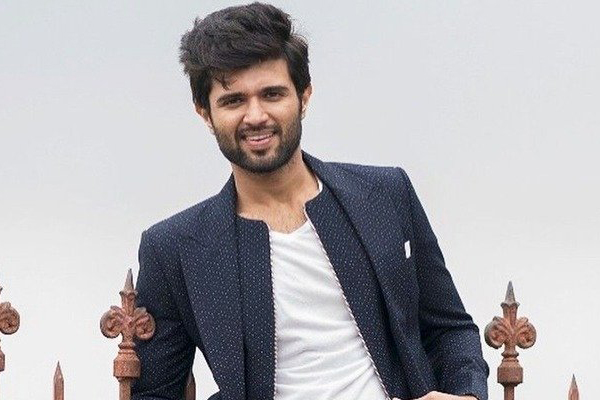 Telugu superstar Vijay Deverakonda, who is gearing up for the release of his new film, “Dear Comrade”, says he is still clueless about stardom because it can’t be measured until the audience turns in up hordes at the theatres to watch your films.

Vijay still can’t believe he enjoys the kind of stardom everybody says he does.

“I don’t know if this stardom people say I enjoy is true. I’m still worried if people will turn up at the theatres to watch my films. I’m still clueless about stardom because I don’t know how to measure it. Stardom only makes sense when it converts into footfalls in the cinema hall. It’s the only physical transaction that justifies it,” Vijay told IANS in an exclusive interview.

However, a recent viral video of the kind of reception Vijay received when he landed in Kerala to promote “Dear Comrade” proves otherwise. Thousands of fans turned up at the airport to welcome him.

“I was surprised by that kind of reception. Then again, these are people who don’t get to meet me regularly. This was their chance to interact with me. I know there are people who get influenced by what I say and will do anything for me, but the question is whether all these people will go and watch my films,” he asked.

Vijay has come a long way since his breakout role as “Arjun Reddy” in 2017, and has evolved as a brand. He says a lot of factors have contributed to taking him to the place where he is in right now, professionally.

“I can’t point out a few things and say these made me who I’m today. Something as small as my human values class in my school or my upbringing has in some way shaped me and my career. Success gives you the courage to unleash yourself. After the success of two films, I thought I’ll start a clothing line and I did it and that’s how I want to approach life,” he said.

Has that courage been misunderstood as recklessness? Many believe he does things in a certain way or says certain things because he is a star now.

“It has, to some extent. But there is nothing I can do to change the way some people perceive me. When I have to say something or react to a faceless comment on social media, my team would want me to go easy and say it mildly. But I’m not the President of India to always say the right things. I don’t always have to be correct, do I? It’s perfectly alright for people to not understand me,” he explained.

Success has also given Vijay the freedom to push limits, especially with his forthcoming release, “Dear Comrade”.

“With ‘Dear Comrade’, we didn’t push limits in terms of scale or technology in the way the ‘Baahubali’ films did. We pushed (limits) in terms of regional boundaries. It was started as a Telugu film on a budget of Rs. 3 to 5 crore but we ended up spending around Rs. 35 crore and making it in four more languages. We felt it’s a story that can transcend boundaries and break language barriers,” he said.

Vijay calls “Dear Comrade” an honest story about a girl called Lily, played by Rashmika Mandanna, and her journey.

“It’s an emotional story. It’s about a boy, a girl and their fight for what they love. In every girl I know in my life, there is a Lily and that is why I feel the audience will relate to this character,” he said.

“Dear Comrade” features Vijay as a character with anger issues, but he clarifies the role is different from what he essayed in “Arjun Reddy”.

“There are a couple of scenes where you might be reminded of the angry Arjun Reddy. As characters and their ideologies, however, both of them are different. As much as I’m proud of ‘Arjun Reddy’, I’ve started to get tired of the image, and people trying to compare that role with anything I do. I want to prove I can do (other things). As an actor, I need to give other dimensions that will be remembered, and I’m working towards it,” he said.