Though NTR was planned to be made in a single part, Krish got an idea to release the film in two installments as time progressed. Balarkrishna too gave his nod as the film can be sold twice, released twice and the collections too will be high. Some of the actors who are working for NTR wanted hike in their remuneration as the film was sold twice and will release in two installments. The actors and technicians have been roped in and their remunerations have been finalized in advance before Krish and Balayya decided to make it in two parts.

With some of the senior actors requesting hike in their remuneration, Krish informed this to Balakrishna who is producing NTR. The actor agreed to pay 50% more than the quoted remuneration for the actors which left them in delight. Krish is charging Rs 5 crores as fee and he would now take Rs 7.5 crores home for both the installments. NTR will release as NTR – Kathanayakudu and NTR – Mahanayakudu early next year. 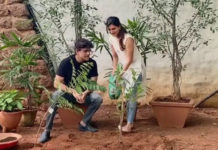