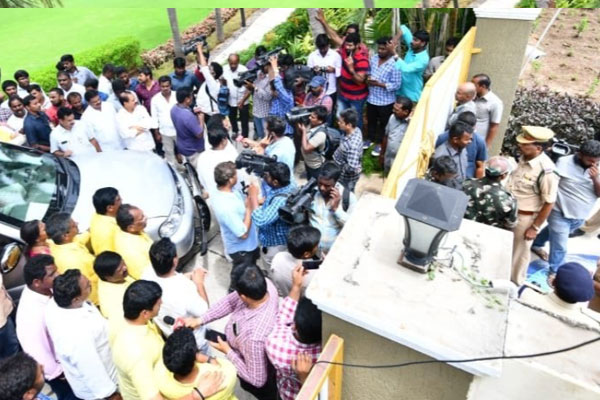 On the other hand, YCP is provoking the TDP victims families instead of solving the issue. YCP leaders also gave Chalo Atmakur call to counter TDP. This led to increased tensions in the region. A kind of Political Emergency is prevailing with opposition leaders being not allowed to come out of their houses. YCP MLAs said that their government is taking action against all those who harassed people in TDP Regime. They said that the TDP victims are all paid artists.