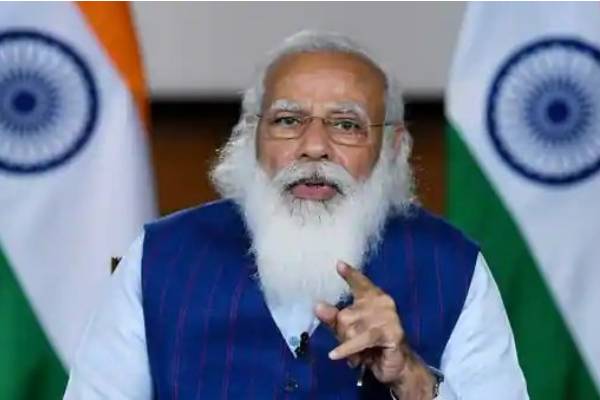 There is some disappointment in the AP BJP over completely being ignored in the cabinet reshuffle. Kerala and AP are perhaps the only major states which were not given any representation in the council of ministers. There were some expectations about AP getting some ministers at the Centre. But Modi has completely ignored AP.

In the neighbouring Telangana, at least there was some consolation in the form of elevation of Kishan Reddy to the cabinet. This was reason enough for the Telangana BJP to cheer. The BJP has four Rajya Sabha MPs. GVL Narasimha Rao, the other Telugu Rajya Sabha MP of Telugu origin, represents UP in the Rajya Sabha. He has been elected from the UP quota. Since the UP quota is already full in view of the upcoming assembly elections there, there was no question of GVL getting nominated to the council of ministers.

Also, GVL is from the Brahmin community, which does not have any political leverage in Andhra Pradesh. The BJP would have preferred some key leader of influence from either Kapu, Khamma or Reddy communities. However, the party did not have any MP in its kitty.

The other MPs like TG Venkatesh, CM Ramesh and Sujana Chowdary have not been preferred as their term ends by 2023. Modi apparently did not want to renominate them to the Rajya Sabha from some other state’s quota. Secondly, none of the leaders were seen as potential game-changers in Telugu politics. They were largely seen as ‘fixers.’ Especially MPs like Sujana Chowdary and CM Ramesh have cases pending against them on finance related issues.

So, the BJP did not have any talent pool to choose from. Hence AP has largely been ignored. Also, AP assembly elections are a good three years away. Even otherwise, the BJP does not see much prospects in AP in the coming few years. So, obviously Modi-Shah duo may have felt it better to ignore AP’s claim.