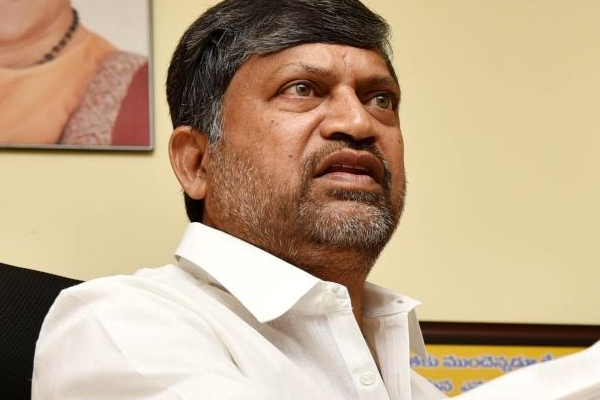 Ramana sent his letter to Naidu on Friday tendering resignation to TTDP post and the party and also informing him about his decision to join TRS.

Ramana ended his resignation letter in just three sentences in which he said due to changing political equations in Telangana and with a view to becoming a part of the development of Telangana by working closely with people, he has decided to join TRS.

Ramana thanked Naidu for helping him to grow politically during the last 30 years.

He is expected to join TRS in the presence of KCR at Pragathi Bhavan in three or four days.

KCR reportedly assured him of a good political future in TRS.

KCR told Ramana that though there are several BC leaders in TRS, there is no state-level leader from Padmashali community and that void will be filled in TRS with the joining of Ramana.

KCR wants to field Ramana against Etela Rajender in the upcoming Huzurabad bypoll.