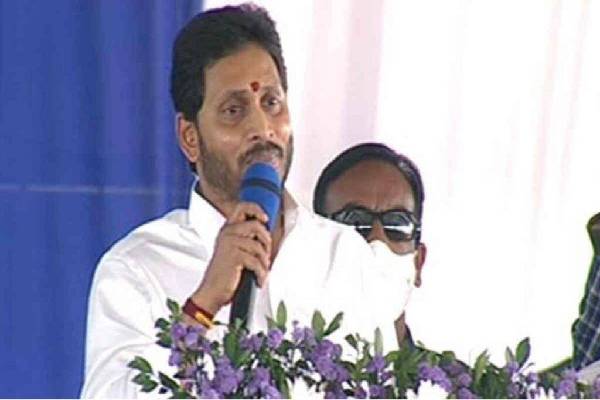 Once again, AP Chief Minister YS Jaganmohan Reddy launched a scathing attack on the Amaravati agitation. His attack came on a day when Amaravati agitators were taking part in Jana Bheri public meeting to mark one year of their protests. CM Jagan called Amaravati women just real estate women and that only real estate businessmen were running the agitation.
The CM asserted that much before it was formally announced, a decision was taken to develop Amaravati as Capital. Then, they bought lands in the Capital region under benami names. With the help of insider trading, they bought Amaravati lands at far cheaper rates.
Mr. Jagan Reddy said that now, the agitation was being carried out only because all those who bought lands were now worried about the fall in the land rates there. Chandrababu Naidu was thinking with a bad mind and making baseless allegations against the Government.
The Chief Minister addressed a BC Sankranthi public meeting at Indira Gandhi Municipal Corporation Stadium in Vijayawada. It was held as a show of strength to counter the Jana Bheri of Amaravati agitators. Jagan Reddy said that it was for the first time in the entire country that such a meeting was held for the BCs.