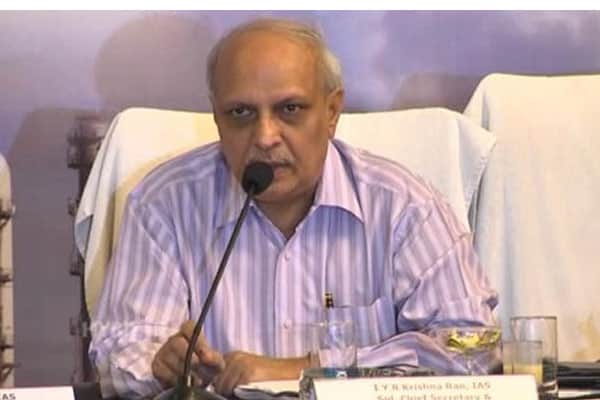 Controversial retired IAS and former Chief Secretary IYR Krishna Rao broke his silence on AP political issues after a long time. Usually, IYR would be quick to criticise Chandrababu Naidu. But Naidu is not in power now. However, several policies of Jagan Reddy have turned IYR into a critic of YSRCP government. IYR has now shifted his focus on to the financial situation of the State under Jagan Reddy government. It is well known the CM was getting nation wide acclaim for his countless cash transfer programmes like Rythu Bharosa, Amma Vadi, etc. It is also widely known that Jagan Reddy was trying to take even loans from private international firms to fund his cash transfer schemes.

Now, IYR has hit Jagan regime where it hurts the most. He bitterly criticised the cash transfer programmes. He said any wise government would distribute funds that were internally generated within the State as benefits to the people. When it comes to the loans taken from outside agencies and firms, the government should use them carefully only for such developmental projects that would increase the State’s repaying capacity.

Finally, IYR, in his inimitable humorous style, said that if AP government goes on bringing loans to transfer cash to beneficiaries, it would not take much time for the State to sink into bottomless debts. This would eventually lead to the bankruptcy of the State as a whole. Such a situation has not arisen in any State so far in the country. Seeing the rapid happenings in AP, IYR seemed to have got worried about the dangerous turn that his native State was taking.