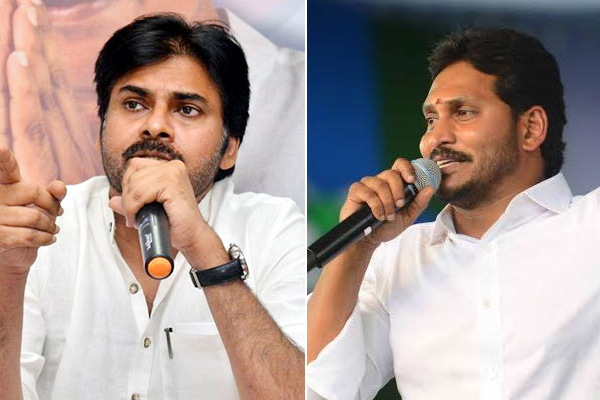 It is well known the BJP and Jaganmohan Reddy have secret understandings on many issues in AP. On his part, Pawan Kalyan may have political differences with the YCP but ultimately he would have to go soft and toe the pro-YCP line usually taken by the BJP. For long, it has been the joint strategy of the BJP-Jagan duo to weaken and push the TDP to a distant third place in the State. Now the question is whether Jagan-BJP-Pawan would be able to outwit and corner Chandrababu Naidu in the coming months.

Right now, the BJP AP leaders are concentrating on Tirupati bypoll. Somu Veerraju is making whirlwind tours there. On the other hand, their ally Pawan Kalyan has suddenly held a tour in Krishna district to corner the Government on farmers’ suicides. Pawan’s tour coincided with the Rythu Kosam programme launched by the TDP and also Nara Lokesh’s visits to damaged crops. Both Lokesh and Pawan levelled serious allegations but the YCP directed all their counter allegations against the Jana Senani. From the Chief Minister to his Ministers, the entire Cabinet reacted and criticised Pawan like never before. Finally, the YCP succeeded in giving maximum publicity to Senani’s tour. Was it part of a calculated plan to divert people’s attention from the TDP rising allegations?

Even Srisailam temple issue was also there. The YCP was levelling all types of allegations and giving top publicity to BJP Telangana MLA Raja Singh’s criticism.
Similar publicity gimmicks were in Telangana at the time of the GHMC elections. KCR, KTR and TRS leaders fully criticised the BJP and gave it a lot of negative publicity. In the process, the Congress voice was not heard much and it eventually suffered a terrible electoral setback. Analysts say that the Jagan-BJP-Pawan trio will definitely make every effort to outsmart Chandrababu in the coming days. Only time will tell whether the neutral voters and backward classes will keep the TDP strong enough or not.