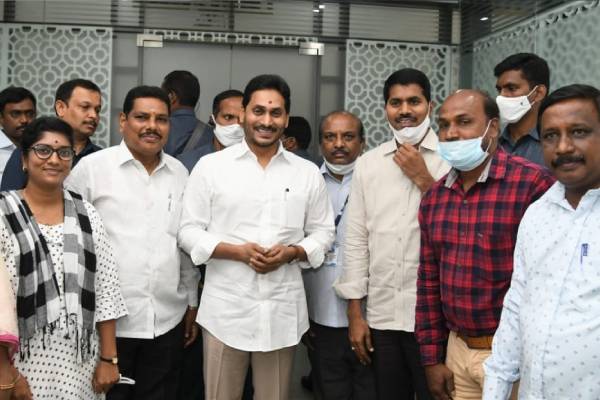 It was a red-letter day for 711 Andhra Pradesh government employees who hail from Telangana, as Chief Minister Y.S. Jagan Mohan Reddy on Wednesday gave his nod for relieving them.

The employees were allotted to Andhra Pradesh as per the guidelines drafted for the state’s bifurcation, and were working here but wished to return to Telangana.

A delegation of AP Government Telangana Native Employees called on the Chief Minister at his camp office here on Wednesday and requested the latter to relieve them from services in Andhra Pradesh so that they could join duty in Telangana.

The Chief Minister agreed to their request and extended his best wishes to the employees.

The Chief Ministers of Telangana and Andhra Pradesh had discussed the issue previously, and had agreed to resolve the matter.