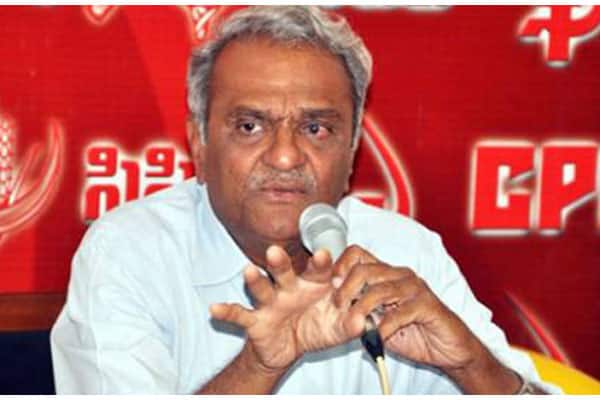 Rumours have come up several times in the past that the YCP MPs were lobbying hard in Delhi for removal of the Chief Justice of Andhra Pradesh. Now, CPI National Secretary K. Narayana says that it was true the Jagan Reddy regime in AP was making all out efforts to get Justice Maheswari moved out of the State. This is also part of the quid pro quo deals being made between the BJP and the YCP at the national level.

The CPI leader says that whatever be their political priorities in the state level, the YCP and the BJP were hand in glove in the Delhi scene. The YCP MPs had given unconditional and total support to the farmers and electricity bills brought by the Modi Government in the Parliament. This was why the Central Government was considering the requests of the Jagan Reddy Government to a large extent.

Mr. Narayana said that a top level lobbying was going on in Delhi to remove the AP Chief Justice. This was just because the AP High Court was just carrying out its constitutional duties to dismiss or stay the unconstitutional decisions of CM Jagan Reddy. The courts were bound by the Constitution. The AP CM even targeted State Election Commissioner and removed him. Even the President has no powers to remove the SEC but Jagan Reddy did that without respect to the Rule of Law.