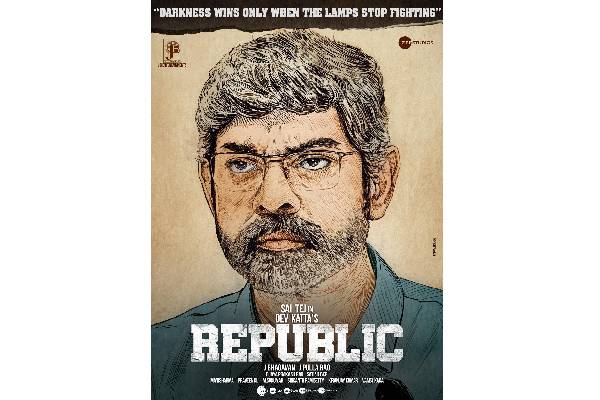 Sai Dharam Tej-starrer Republic directed by Dev Katta is one of the awaited Tollywood films to release after the theatres reopened.

A poster featuring Jagapathi Babu has been released by the makers of the movie with a revolutionary message.

“Darkness wins only when the lamps stop fighting”, it says, along with a sketch of Jagapathi Babu, whose character name in the flick is Dasaradh.

The movie directed by Dev Katta is produced by J Bhagawan and J Pullarao on JB Entertainments banner in association with Zee Studios. Music is by Mani Sharma.

Being claimed as an intriguing social drama, that primarily focuses on the three pillars of democracy — legislative, executive and judiciary, Republic has Ramya Krishna will be seen in an important role.