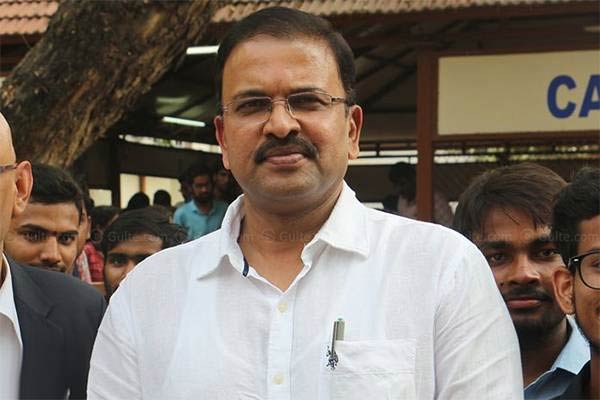 Despite several hurdles placed by the ruling party, the padayatra of the Amaravati farmers is continuing. The police are putting restrictions every step of the way. Yet, the yatra is continuing with renewed vigour and enthusiasm. The Yatra is currently in Gudur mandal of Nellore district. On Monday, the yatra resumed after an overnight stay from Vengamambapuram.

On Sunday, the yatra has a surprise visitor in the form of former CBI JD Lakshminarayana. He came to Gudur and joined the yatra. Expressing solidarity with the protesting farmers, who are on a trek to Tirupati, he said the state would register progress only when it has a single capita. He said the job opportunities would grow if there is a single capital. He said the very idea of having three capitals is wrong.

VV Lakshminarayana walked along with the farmers for some distance. Several other leaders from various parties The locals too are extending voluntary support to the yatra. The yatra, which was initially limited to a few villages in the capital area, has now extended to rural areas in several districts.

The yatra would culminate at Tirupati on December 15. The yatra began from Tulluru in the Amaravati capital area on November 1. The yatra is led and participated by the men and women from the Amaravati area with the sole aim of having Amaravati as the only capital of the state.