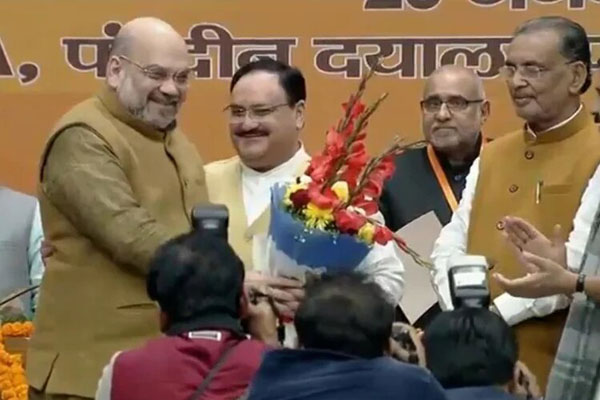 BJP got a new national president today as its working president JP Nadda unanimously elected for this position. He replaced Amit Shah and will serve as party chief. In fact he is the only leader contending for this top post. Amit Shah, who took over as party chief in 2014 requested the party to relieve him from the position as it became hectic for him to handle union home ministry and the party.

JP Nadda is from Himachal Pradesh and he is serving as union minister of health and family welfare. He was also Minister of Forest, Environment, Science and Technology in Himachal Pradesh Government earlier. Amit Shah left his mark as party chief of BJP and successfully ensured discipline in the party. We have to wait and see how JP Nadda will handle this top position.