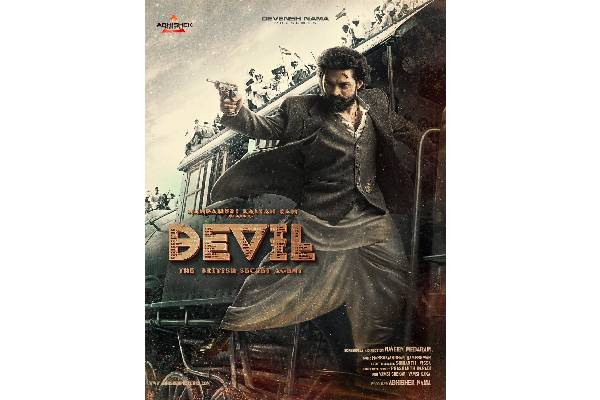 Kalyanram Nandamuri is on a break from a year and he is now out with a strong lineup of films. Apart from shooting for two back to back films, the youngster announced three new films today on the occasion of his birthday. His 21st film is titled Devil and it is said to be a periodic film that is set before Independence. Kalyanram stuns everyone in a new look hanging out from a train. Kalyanram plays a British Secret Agent in Devil and the film is said to be a pan-Indian project.

The shoot commences soon and Naveen Medaram is the director. Srikanth Vissa penned the script and Harshavardham Rameshwar is the music director. Abhishek Pictures are the producers and the shoot commences soon. Kalyanram is currently shooting for Bimbisara and an untitled film that is produced by Mythri Movie Makers. Both these films are expected to release this year.

To tell the Untold Story 📜 &
To solve the Unfold Mystery 🇬🇧🕵️‍♂️