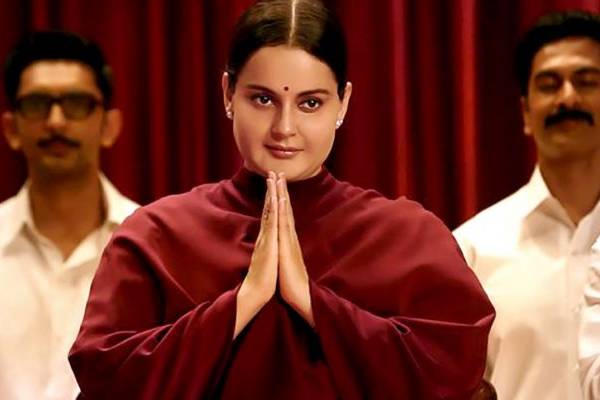 J Jayalalithaa has been a sensation in Tamil politics. Her life story had enough twists and her political career spanned for more than four decades. Several web series have been made on her life story. Thalaivii is the biopic of this veteran politician and national award-winning actress Kangana Ranaut stepped into the shoes of Jayalalithaa. AL Vijay directed Thalaivii and Aravind Swamy played MGR in the film. Vibri Media in association with Zee Studios produced Thalaivii. Here is the complete review of the film:

Thalaivii is focused on the impeccable journey of Jayalalithaa and the path that was laid to reach her great heights. Jayalalithaa (Kangana Ranaut) enters into film industry during her teenage. Her innocence and arrogance is liked by MGR (Aravind Swamy) and they start working for back-to-back films. Jaya admires MGR but his path stands different. He is focused on serving the people and he supports his friend Karunanidhi (Nassar) and his political party. After differences with Karunanidhi, MGR floats his own party and keeps Jaya away from the party. At the right time, Jaya turns as support for MGR and his political party. The rest of Thalaivii is all about the challenges Jaya faces in her political journey and how she emerges as a major force in Tamil politics. Watch Thalaivii to know about the story of Jayalalithaa.

There are ample ups and downs in the life story of Jayalalithaa. Her life has enough drama, hurdles which are enough to make a commercial film. Vijayendra Prasad’s work stands out and he knows how to elevate the film with his writing. The film starts off with the Assembly episode which was once a sensation in Tamil politics. AL Vijay made sure that Thalaivii is not a biopic and designed a special format for the film. He stayed away from some of the important aspects of Jayalalithaa’s life. She was introduced as a heroine to reduce the runtime of the film.

The film also doesn’t take ample time to narrate about the bonding between MGR and Jayalalithaa. The episodes between Jaya and Veerappan (Samuthirakani) came out very well. The drama has an emotional connect and Kangana Ranaut shines in the scenes when MGR ignores her. Some of the episodes are well elevated and will impress the audience big time. The first half narrates about the love story of MGR and Jayalalithaa. The Tamil audience will connect instantly for the first half. The film was made considering the Tamil audience. Jayalalithaa also has done many Telugu films and she is well bonded with Telugu actor Shoban Babu.

Thalaivii is also a film that is made away from narrating the controversial part of Jayalalithaa’s life story. The film ends on a happy note after Jayalalithaa takes oath as the Chief Minister of Tamil Nadu. The director ignored about the revenge plan of Jayalalithaa against Karunanidhi.

Kangana Ranaut fits well in the role and she delivered one of the finest performances in her career. Enough care has been taken right from her looks to the body language. Kangana never looked like a North Indian girl in any frame. She looked innocent, powerful, emotional and showcased her best. Aravind Swamy proved that he is the best find for the role of MGR and excelled in the role. Samuthirakani and Nassar did justice for their roles.

Thalaivii is a film that looks grand because of the technical aspects. The screenplay and the narration are the biggest strengths of the film. The art work and the music looks apt. The dialogues are good and the performances elevate the fil well. The production values are grand and AL Vijay does justice for the film.

Thalaivii is a film that will be a perfect treat for Jayalalithaa’s fans. Sound technical aspects and the performances are the biggest strengths of the film.