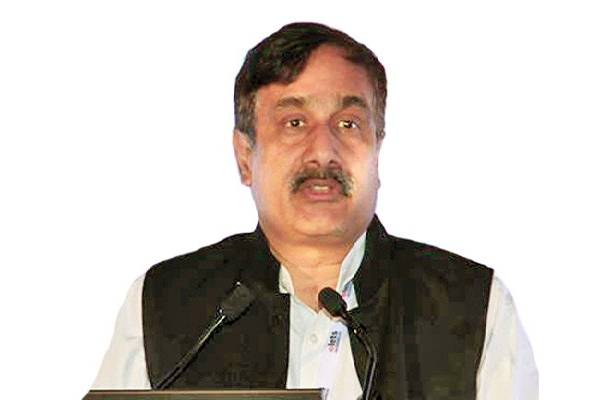 Sameer Sharma, a 1985 batch IAS officer, has been appointed as the new Chief Secretary of Andhra Pradesh.

Sharma will succeed Aditya Nath Das, who is retiring from service on attaining the age of superannuation on September 30.

A government order appointing Sharma as the Chief Secretary was issued by the general administration department on Friday.

Sharma is currently serving as the Special Chief Secretary to the government for planning and resource mobilisation.

He is also the vice-chairperson and member secretary of the Institute of Leadership, Excellence and Governance (ILE&G.)

Born on November 15, 1961, Sharma hails from Uttar Pradesh. A 1985 batch IAS officer, he served in various positions in the governments of undivided Andhra Pradesh, Andhra Pradesh and the Government of India.

The posts he held include Municipal Commissioner of Vijayawada, Greater Hyderabad Municipal Corporation (GHMC); Collector of East Godavari district; Joint Secretary in the Ministry of Urban Development, GoI; and Secretary (information technology, communication and finance), Andhra Pradesh, among others.

Das, who took charge as the Chief Secretary on December 31, 2020, was due to retire from service on June 30 on attaining the age of superannuation. However, on the request of Chief Minister Y.S. Jagan Mohan Reddy, the Centre had extended his tenure by three months.