The complete album of Pawan Kalyan’s Katamarayudu is out now. Young composer Anup Rubens rendered the tunes for this album which consists of 6 songs. Let’s see if it lives up to the expectations or not. Here is the audio review. 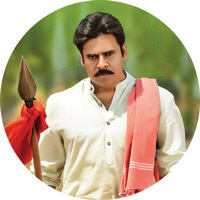 The album starts off with a mass-flavoured song Mira Mira Mesam which is laden with Anup’s desi beat. The song takes off with a cowboyish tune and the lyrics speak about the macho qualities of our hero. There is a slight political flavour in the lyrics and Anurag Kulkarni’s high pitch vocals infuse more energy into the song. Easily the best one of the album. As it was released a couple of weeks back, the song has already been topping the charts. 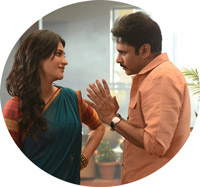 Moving on to the next song, we come across a gentle rustic number Yelo Yedarilo Vaana. The lyrics are simple and cool, and Anup Rubens used the guitar riffs to a good effect to make this a decent song to hear. Both singers did a fine job with their endearing vocals. A relaxing song which will appeal more with the on-screen visuals. 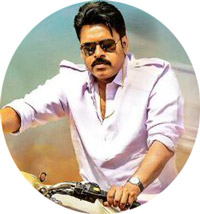 The third song in the album is a peppy number ‘Laage Laage’. The lyrics are funky and Anup tries to blend western style and pubjabi beat in fine proportion for this song. Nakash Aziz dominates the entire song and Nutana Mohan ably supports him. As there is nothing so impressive about the tune and lyrics, it will be Pawan Kalyan’s entertaining steps,if any, that are going to enhance this song. We have to wait and watch it on the big screen. 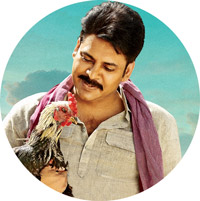 Next in the loop is a soothing melody song, Emo Emo. This song is tailor-made for Shreya Goshal and she does complete justice with her sweet toned vocals. The 21 year old Arman Malik’s voice seems to in perfect sync for Pawan. Though the lyrics are catchy and the singers did a fine job, the tune from Anup could have been better. 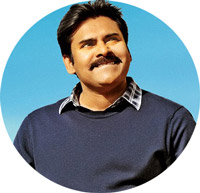 Here comes the ‘Pakka Mass’ song of the album. Jivvu Jivvu song takes us back to the Gabbar Singh days when ‘Mandu Babulam’ song was a huge rage among alcohol lovers. The lyrics define the itching desire of a boozer and his inebriated condition. This song will appeal largely to the front benchers and one can expect Pawan Kalyan to set the dance floor on fire with his mass steps. Anup does a fair job with his fast beat which keeps the tempo of the song till the end. 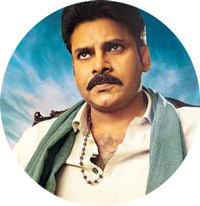 The final song is a folk number which is damp squib in the entire album. The lyrics are mediocre and the tune is very pathetic that they dont sync with each other.

Final Verdict : All in all, the album falls little short of the high expectations, settles as an above average album. Out of the six songs, Mira Mira Mesam, Laage Laage are good compositions ,Emo Emo is decent and the rest are disappointing. Though the lyrics are adequate,because of few outdated tunes, we categorize this album as an average one for common audience. However, those mass numbers’ on-screen appeal for fans and Pawan Kalyan’s entertaining dance moves may move the album after the film’s release. 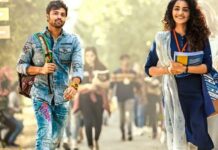 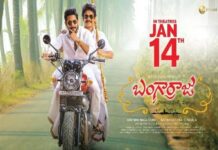