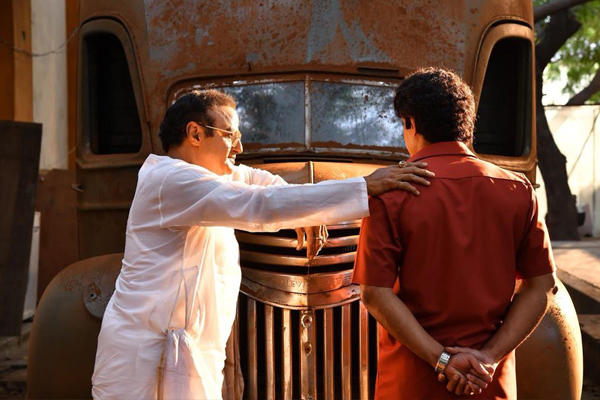 The regular shooting of NTR biopic, which chronicles the life of iconic film star and politician Nandamuri Taraka Rama Rao, is progressing at a brisk pace. The biopic is made in two parts : one part narrates his glorifying journey in Tollywood, the other will focus on his inspiring raise to pinnacle in Andhra Pradesh political history.

It is reliably learnt that the second part of NTR biopic will have references of current politicians KCR and KTR apart from TDP leaders like CBN and others . In the erstwhile Andhra Pradesh, KCR was an active member of Telugu Desam party and participated in various political activities. So, director Krish is planning to showcase a scene involving KCR and KTR in the second part. In this scene, NTR will get to know that KCR has named his son as Taraka Rama Rao.

While the first part is slated for release in Dusheera, the second part will release two weeks later.