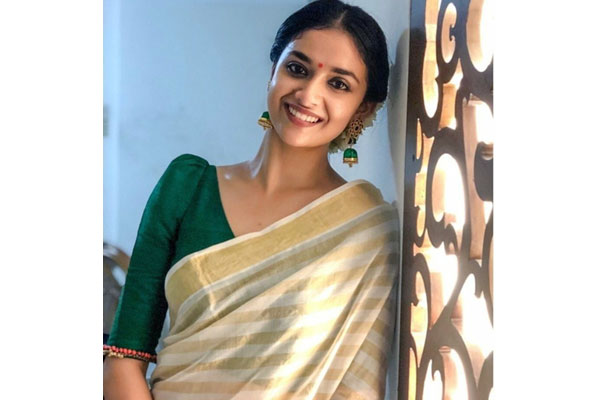 After the super success of Mahanati, Keerthy Suresh has been approached by several renowned filmmakers. The actress completed the shoot of a bunch of women-centric films. The latest news we hear is that Keerthy Suresh is in talks for the sequel of yesteryear classic Erra Gulabilu that released forty years ago. Bharathi Raja directed the film and Kamal Haasan, Sridevi played the lead roles.

Bharathi Raja’s son Manoj will direct the sequel which is getting ready. Bharathi Raja himself penned the script of the film and is said to be a revenge story. The script work of the film is completed recently and the makers are busy with the casting process. Ilayaraja will compose the tunes and Bharathi Raja will produce the sequel of Erra Gulabilu.