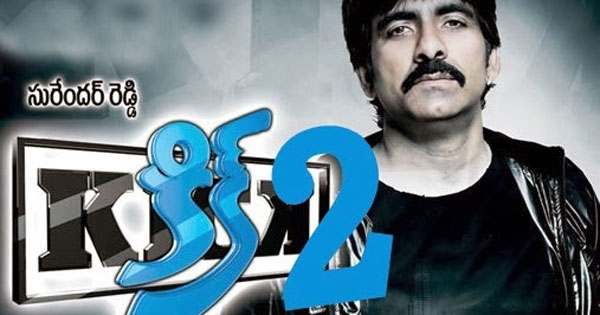 Mass Maharaja Ravi Teja’s upcoming film Kick 2 is currently in its post production phase. The unit had wrapped its shoot a couple of months ago and the film’s audio was unveiled last month. Initially, the movie was slated to hit the screens in June, but the pending post production activities have delayed the release. Surrender Reddy , who directed this action entertainer, is currently busy completing the leftover activities.

As per the latest update, the makers are planning to release this film in the second or third week of August. They are considering Aug 14 or 21 as the possible dates to release it. An official confirmation regarding the release date will be made very soon.