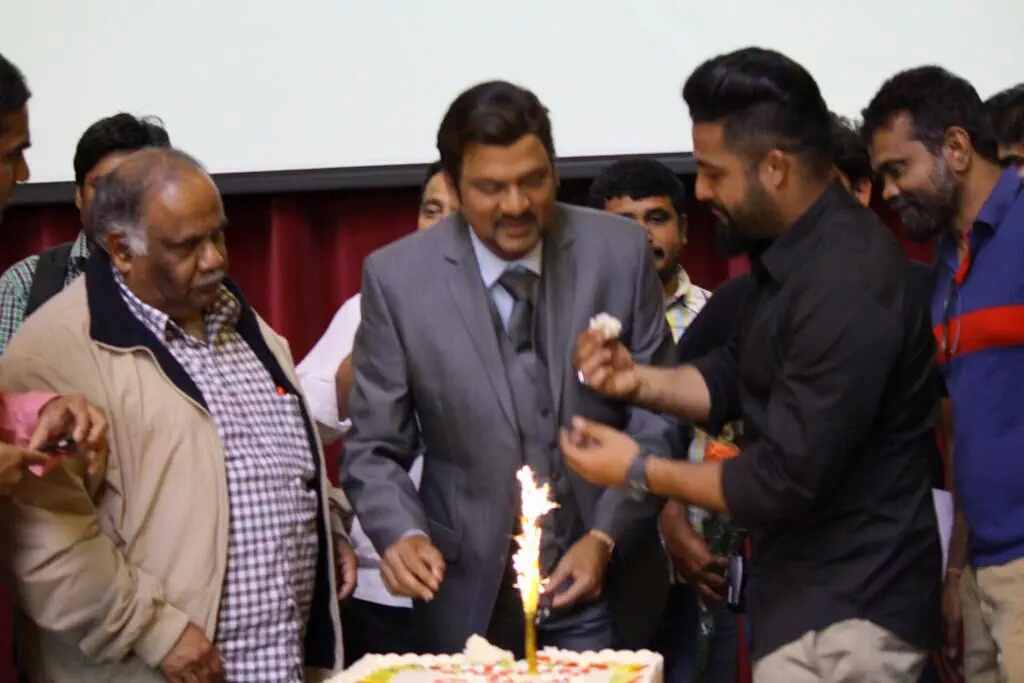 It is well-known that Rajendra Prasad, the current president of MAA, is essaying a crucial role in NTR’s upcoming film under the direction of creative filmmaker Sukumar. At present, the film’s first schedule is going on in the UK from the past two weeks. Already, a song between NTR and Rakul Preet along with a high-octane stunt sequence have been shot in this schedule.

Now, some crucial scenes involving Rajendra Prasad will be shot in this week. The senior actor has joined the unit a couple of days ago. Yesterday, on the eve of his birthday, the unit has arranged a small party to celebrate Rajendra Prasad’s birthday. The core members of the team graced this party and wished the MAA president. Alike NTR, Rajendra Prasad is also sporting a stylish look in this film.