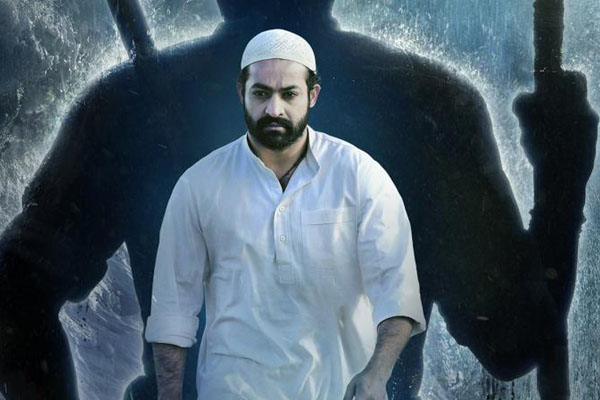 The ‘adivasis’ (tribals) of Adilabad are up in arms against director Rajamouli for showing their hero Komaram Bheem in a poor light.

The tribals warned that they will file a case against Rajamouli under SC/ST Atrocities Act if certain scenes from RRR are not immediately removed.

In the promotional teaser scenes, Junior NTR who essayed the role of Komaram Bheem, is shown wearing the Muslim skullcap and white kurta and pyjama.

The tribals were aghast as to how Rajamouli can show a tribal freedom fighter as a Muslim.

The tribals said the portrayal of Komram Bheem wearing the Muslim skullcap was an insult to the Gond hero who led an uprising against the last Nizam of Hyderabad in the 1940s.

“Komaram Bheem fought against the Nizam and his Razakar army. He took up arms against Nizam soldiers until his last breath. Why has Rajamouli shown Komaram Bheem wearing a Muslim skull cap? This has hurt the sentiments of thousands of adivasis. Such blatant falsehood in the name of history. If he wants to make a movie, let him show the belly buttons of women. Why insult our God. If Rajamouli fails to remove such portrayal of Komaram Bheem, we will dig his grave,” the adivasis warned.

The tribals said Komaram Bheem was a Gond hero who fought against the Nizam feudal landlords for usurping their lands.”For us, Komaram Bheem is our deity. We even pray to him and observe Aswayuja Powrnami to commemorate his life. Portraying Komaram Bheem as a Muslim is an affront to his family and the entire Gond tribe. Rajamouli, you remove the scene, or you will face our wrath,” the tribals warned.

“Rajamouli spreading falsehood. He has not visited any of the villages in Adilabad, did not speak to the adivasis before making the movie,” another tribal youth fumed at the Bahubaali fame director.

Asifabad was renamed as Komaram Bheem district after the legendary Gond martyr who was born in Ravte Sankepalli village near Asifabad.