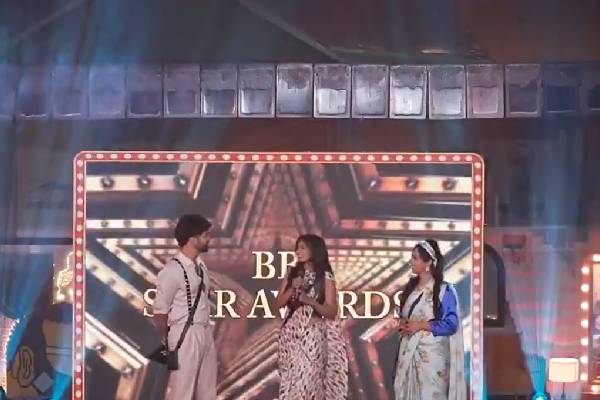 Bigg boss season 4 is seeing lots of ups and downs in terms of viewership. Though it started with low ratings in the first week due to unfamiliar contestants. the show picked up later and it was going on good until a few weeks ago. But recent decisions of Bigg boss, monotonous tasks, and irritating behavior of some of the housemates dragged the viewership of the show to the bottom. Adding salt to the would now host Nagarjuna also not available and that made even weekend episodes boring. Despite it is a Saturday episode, today’s episode is undoubtedly one of the most boring Saturday episodes in the history of Bigg boss Telugu. Details as below.

Today’s episode is filled with the mock movie made by the housemates. Making this kind of movie is also one of the familiar themes for the big boss audience. This movie was made in the house under the direction of Abhijit, Divi being the assistant director. Among others, Noel is DOP, Amma is choreographer, Lasya is a makeup woman. Akhil-Monal, Avinash-Ariyana, and Mehboob are the artists in this movie. Avinash seems to have provided the script. Sohail and Harika did an item song. There is nothing to discuss the story of this movie. But the efforts of Mehboob and Harika are worth mentioning.

The buildup that tested the patience of the audience:

It seems the decision of not having a host for this Saturday is confirmed at the last minute and so Bigg boss makers filled the episode with some junk. They organized a premier show for this move with Ariyana as an anchor interviewing other cast and crew, then there was a red carpet and there were awards in several categories to ensure each of the housemates gets some award. Overall the buildup that was given is no less than an oscar event. After the premiere show is over, there was a party to celebrate the success of the movie “Prema Modalaindi” and all the housemates danced and enjoyed the evening. Usually, this kind of theme is restricted to one episode but it was dragged too much in this season.

It is not an exaggeration to say that, the only part that was enjoyable in today’s episode is the promo of tomorrow’s Samantha episode that was telecast in the end. We need to wait and see how will be the fate of season 4