Super talented filmmaker Krish announced his next project titled Manikarnika which is about the life story of Rani Lakshmibai of Jhansi. Kangana Ranaut has been finalized to reprise the warrior queen on screen and the pre-production work of the film is currently in final stages. The regular shoot of the film is all slated to start during the mid of June in Madhya Pradesh. Now when things have been going smooth, criticially acclaimed filmmaker Ketan Mehta slammed the actress with a legal notice.

He revealed that the film has been his prestigious project and he approached Kangana Ranaut in June 2015 for the project. He even registered the title Rani of Jhansi – The Warrior Queen and Kangana agreed to be a part of this project. Ketan revealed that Kangana and her team hijacked his film for which he has done enough research. Ketan even revealed that there has been so much discussion that happened for the film and the script work too has been wrapped up. He kept ten years of life for the movie revealed Ketan and Kangana responded saying that she has not signed any contract with Ketan Mehta. 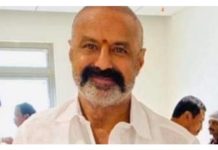