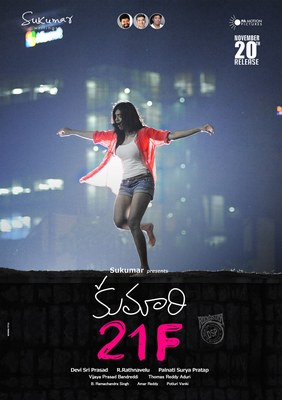 The film directed by debutant Palnati Surya Pratap and that apparently has a story written by Sukumar has been given an A certificate. The talk is around twenty plus cuts have been ordered and even more there is bold dialogues meant for a mature audience. Just like Sukumar’s previous films the hero has a flawed or a grey shade in his character, he is consistently doubtful of the heroine’s character. With a climax that will shock the viewers and will lead to a debate, it is sure to stir a controversy. The plus points is as usual is from the cast and crew. Hebah Patel has been a part of the hit film Ala Ela and Raj Tarun from Cinema Chupsitamava has impressed audiences. Devisri Prasad, Ratnavelu and Sukumar are the pillars of the film. Looks like Surya Pratap is making his presence felt with a subject that has not been touched before.